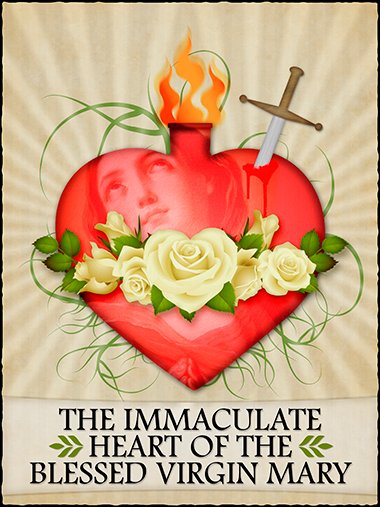 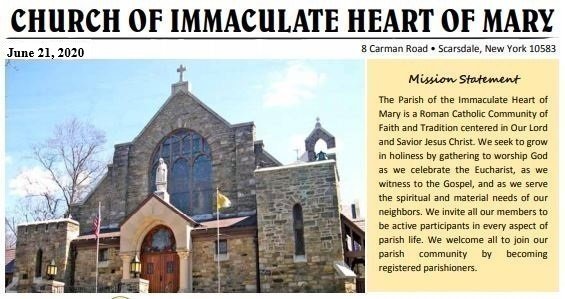 Hello everyone. We look forward to starting our regular weekday schedule tomorrow, Monday, June 22. Masses will resume at 6:45AM and 9AM. Saturday will be at 8AM and 9AM. Confessions will also resume to the regular schedule after the morning Masses and from 4PM to 5PM. We will probably use the adoration chapel entering by way of the sanctuary.

Next Friday, June 26, Deacon Luis Silva will be ordained to the priesthood at St Patrick’s Cathedral. He plans to have his Mass of Thanksgiving here at IHM on Sunday at 3PM. What graces to come to IHM because of the first Mass of a newly ordained! I am very grateful for so many parishioners who made him feel so welcome here as he hung his hat during the pandemic. I thank God for his vocation. I know he will be a wonderful priest.If and when you see him around before he goes to his new assignment, ask him for a blessing. We were always taught that the blessing of a newly ordained is very powerful!

Soon, perhaps in a week or two, we will welcome a seminarian for a pastoral year. His name is Carlos Germosen. The Archdiocese has implemented a pastoral year when the seminarian completes two years of studying theology. After the year in the parish, he returns to his studies. Cardinal Dolan and St Joseph’s Seminary thought that IHM parish would be a great place for such a seminarian. I couldn’t agree more. Stay tuned…

Permit me to thank you for your ongoing support of IHM. Your generosity during these difficult times is amazing. Many parishioners have signed on to WESHARE during these days and thus have made sure their contributions have gone directly to operating expenses. It has made a big difference. At the same time, your envelopes that either you mail in or give now at the public Masses have also made such a big difference. Thank you!

TODAY, SATURDAY, JUNE 20 IS THE FEAST OF THE
IMMACULATE HEART OF MARY,
THE PATRON SAINT OF OUR PARISH

O Immaculate Heart of Mary,
full of goodness,
show your love towards us.
Let the flame of your heart,
O Mary, descend on all people.
We love you immensely.
Impress true love in our hearts
so that we have a continuous desire for you.
O Mary, gentle and humble of heart, remember us when we are in sin.
You know that all men sin.
Give us, by means of your Immaculate Heart, spiritual health.
Let us always see the goodness of your motherly heart
and may we be converted by means of the flame of your heart.
Amen. 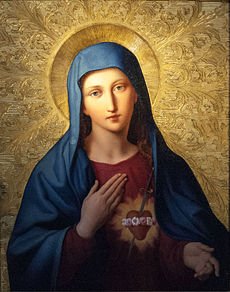 If you have already signed up online, you should have received a confirmation email. If you called into the rectory, you have been added to the list.

We still have a limited number of openings, sign up below!
Going forward, we will send out the Mass signup on Monday's via email. You may also access the sign up portal on our parish website - IHM-Parish.org. We are still only allowed 25% capacity, so we are offering a sign up process that will close once capacity is met. If you have not signed up, please use the form below.
You will receive a confirmation email, there is no need to print and bring with you. We will have a list of confirmed attendees at the church entrance.
IHM Public Masses Sunday June 21, 2020
Please follow safe distance protocols - Wearing a mask in church is required - There will be no sign of peace, holy water, missalettes or Bulletin - Please follow directions from ushers and observe signs about seating - Eucharist may be received in the hand, with no glove - While we have hand sanitizer available in the church, it might be wise to bring your own as well. - If you are feeling sick or anxious, we recommend watching the mass online.
IHM Saturday June 20, 5:30pm
Sign up
IHM Sunday June 21, 8:00am
Sign up
IHM Sunday June 21, 10:00am
Sign up
IHM Sunday June 21, 12:00pm
Sign up

As things are rapidly changing, please be sure to read our Flocknote emails and routinely check our parish website for any updates or changes.
We sincerely appreciate your support!
Let us pray through the intercession of our Blessed Mother for help and healing in these complicated and difficult days.

The Sick of Our Parish
Louis Ranucci
Frances Novaro
Angela Lifrieri
Laura Hernandez
Nicholas Di Marzo
Thomas Carroll
Eileen Kelly
Vincent Schaub
Thomas Kandula
For all those suffering with the Virus
Our Beloved Deceased
All Victims of the Virus
THANK YOU FOR ALL MAILED IN AND ONLINE WESHARE DONATIONS! 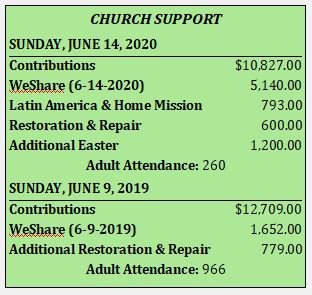 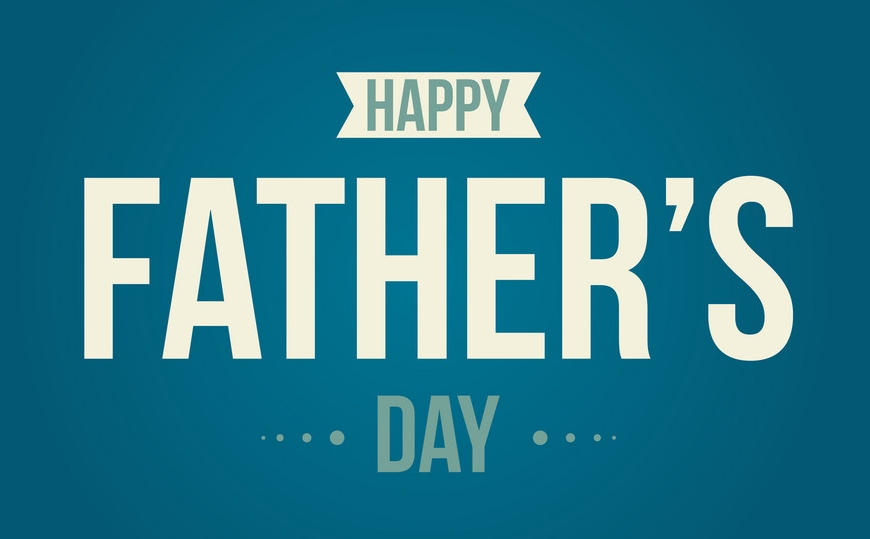 Our Parish Priests, and all Rectory, School & Religious Ed. Staff would like to extend a Happy & Blessed Father's Day to all of the wonderful fathers in our parish, we hope you enjoy your special day! Thank you for all that you do!
In observance of Father's Day, Father’s Day Mass Remembrance Envelopes are included in your packets.

Lord, thank you for all fathers.
For the new ones, who endure sleepless nights with infants in arms.
For the busy ones, who juggle the pressures of home and family life.
For the steadfast ones, who nurture and care for our special vulnerable children.
For the patient ones, who always seek to forgive and engage with their pre-teens.
For the persistent ones, who cleverly find new ways to connect with their mini-adults.
For the father uncles, who step in to cradle and care for nieces and nephews.
For all granddads, who love and support their precious grandchildren.
For the foster dads that are called to gather and cover the fragile ones.
For the Sunday dads who care for our children and lead them in faith.
For the dads who give far beyond their own resources, who overcome disability to cherish and love.
Thank you Lord for all our beautiful fathers.
Help us to support them and keep them in our prayers.
May you bless them now on this their special day.
Amen.

CONGRATULATIONS TO OUR GRADUATES! 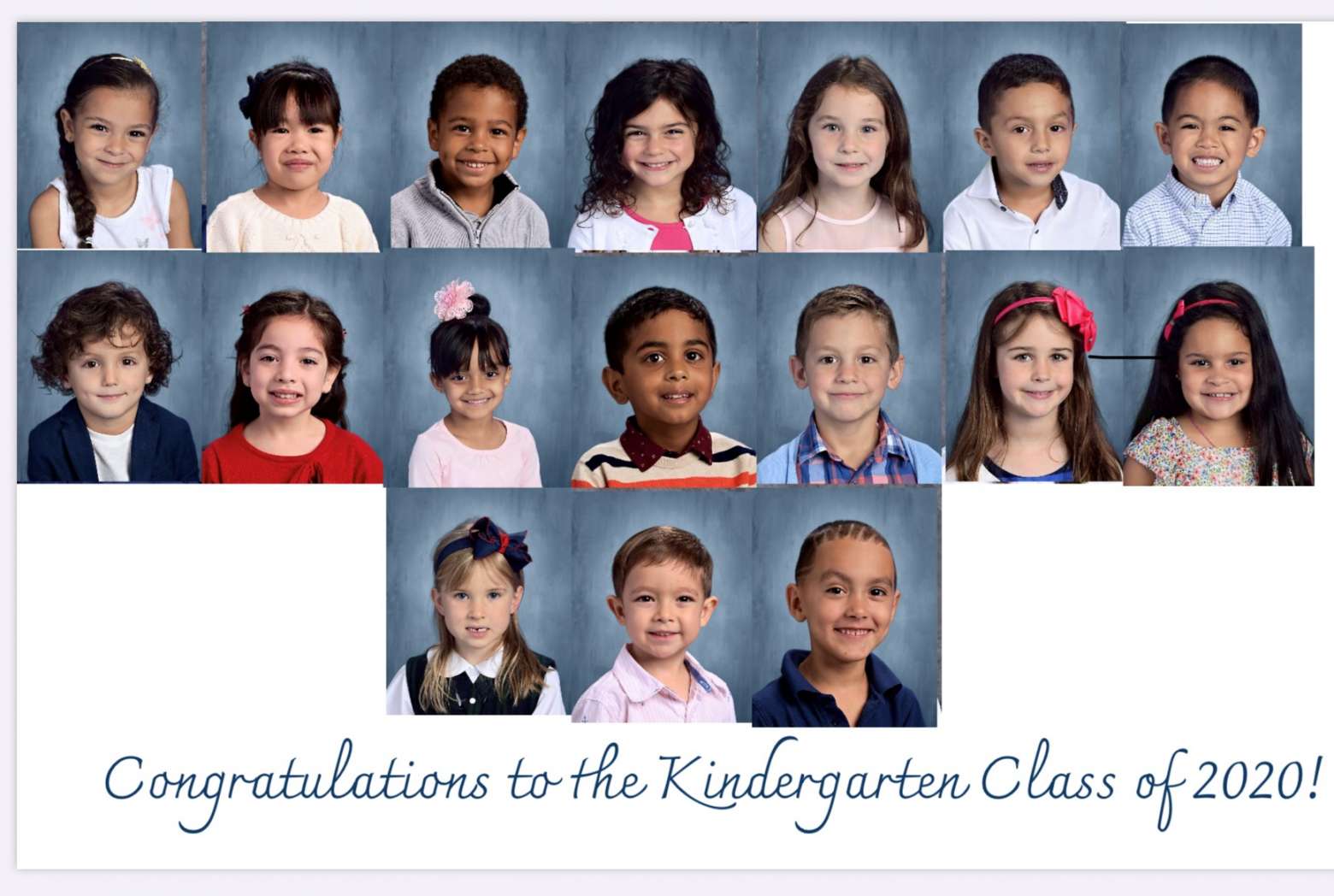 PreK 4 had a drive by celebration on Monday, June 15. They received their diplomas, goody bags and their schoolwork from throughout the year. Congratulations to all! 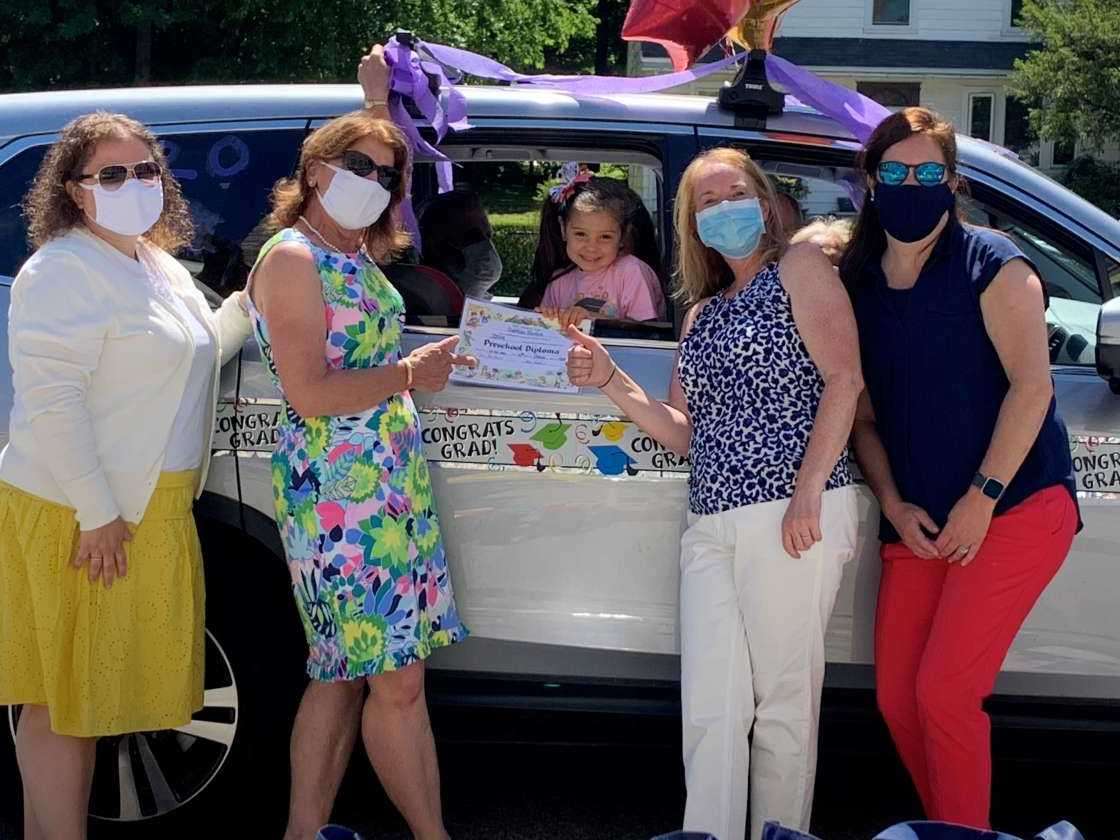 Father Luis M. Silva Cervantes– He Aspired to a Priestly Vocation Early in His Native Mexico

By ARMANDO MACHADO
The place of vocation aspiration for Father Luis M. Silva Cervantes was the city of Guadalajara, in the state of Jalisco in his native Mexico. The place of vocation realization for Father Silva, 35, is the Archdiocese of New York.
“I was only nine years old, that’s when I first shared with my mother that I wanted to be a priest,” Father Silva told Catholic New York. “I wanted to be like my parish priest.” Father Silva said that he struggled with his faith as a teenager. When he was 20, his mother died after battling breast cancer. She was his first faith mentor.
“It was at her funeral Mass that for the first time in a long time I felt this peace, and I started going to Mass again,” he said, adding that his older brother Alfredo, an active church volunteer, helped him to restore his faith at that time. (Alfredo was his second faith mentor).
He noted that his priestly discernment was a bit complicated. “I first came here from Mexico in 2012 to study at Dunwoodie (first at the minor seminary in Douglaston, Queens, to study ESL). I left after 15 months in December 2013 and returned in April 2016.” He explained there was back and forth in his discernment, citing an earlier intention to eventually marry and raise a family.
“I was finally able to see clearly that this is what God wants, that this is the vocation where I was going to be absolutely happy,” Father Silva said. “I knew that He would use me as an instrument to reach out to his people—to help them hear the message of salvation and love.”
In recent years, the Shrine of Our Lady of Guadalupe at St. Bernard in Manhattan has been his home parish. His childhood parish was Santa Martha in Guadalajara.
He is the son of Julio Silva Anaya and Maria Guadalupe Cervantes Hernandez; his mother died in October 2005. His brothers are Alfredo Silva Cervantes and Victor Silva Cervantes, and his sister is Maria Guadalupe Silva Cervantes.
Father Silva earned a bachelor’s degree in philosophy in 2012 from Seminario de Señor San José in Guadalajara. He graduated from a high school called Centro Universitario UTEG, in Guadalajara.
The first apostolic assignment for Father Silva was serving at the Immigration Center of Mercy Center in the Bronx, helping Hispanic immigrants with immigration forms, from January to May 2017. The second assignment was at St. Joseph Medical Center in Yonkers, where he visited and brought Communion to the sick in the hospital and to the elderly in the nursing home section, from September 2017 to May 2018.
His third apostolic assignment was at the Westchester County Department of Correction in Valhalla, where he visited prisoners in the Solutions (substance abuse) section, and assisted with formative and motivational talks in the mental health section, from September 2018 to May 2019.
His diaconate assignment at Immaculate Conception and Assumption of Our Lady in Tuckahoe, November 2019 to March 2020, was shortened because of Covid-19 restrictions. His summer parish assignments were at Sacred Heart in the Bronx, St. Joseph in Middletown, and Calvary Hospital and Holy Cross parish in the Bronx.
Father Silva will offer his first Mass, in English and Spanish, at Immaculate Heart of Mary Church in Scarsdale, at 3 p.m. on Sunday, June 28. The homilist will be Father Thomas A. Lynch, the pastor, whom Father Silva regards as a friend and his third faith mentor. 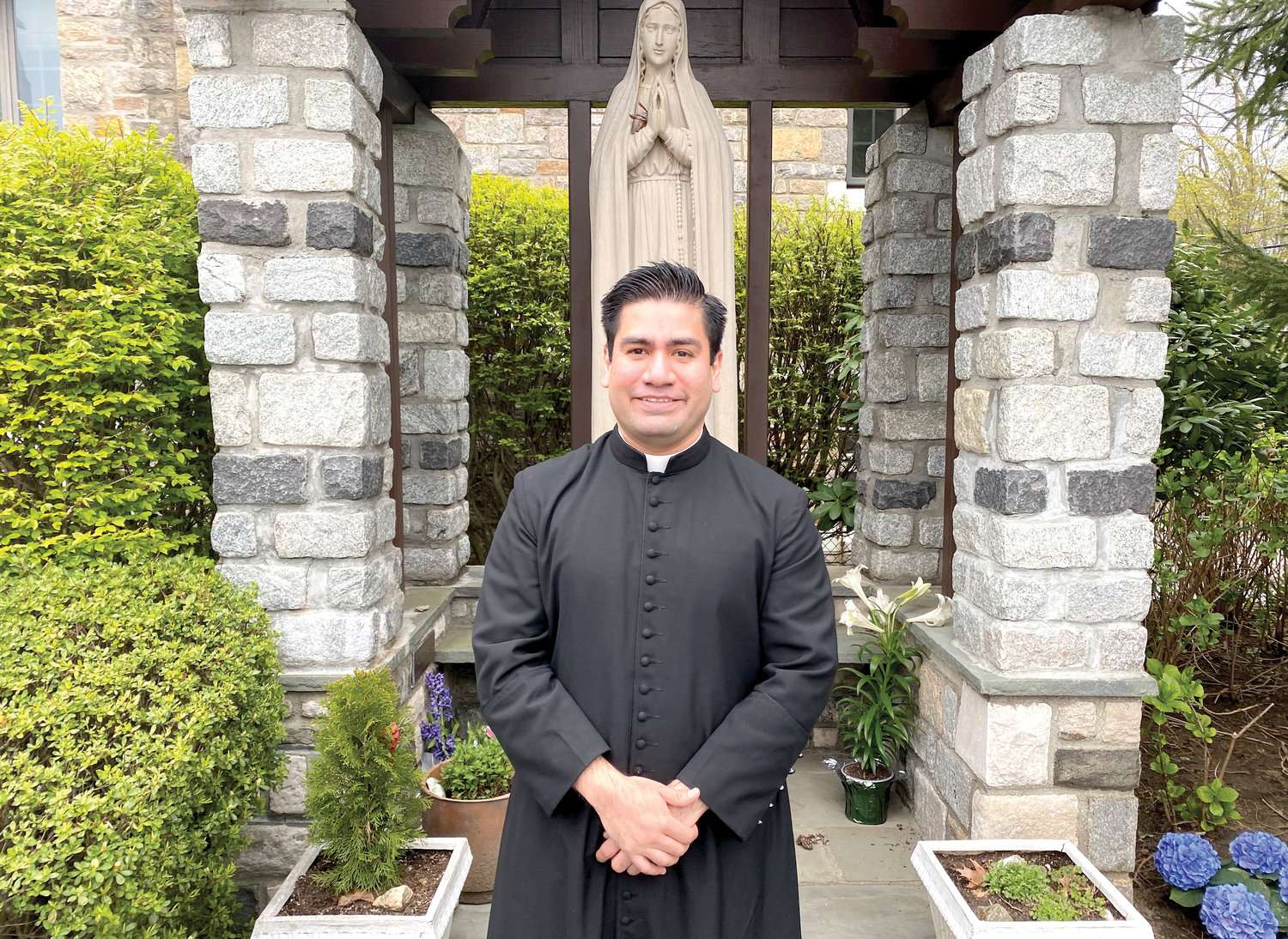 Ordination Mass:
Friday, June 26, 2020, 9:00 AM
St. Patrick's Cathedral
Cardinal Dolan will be the principal celebrant of the Mass of ordination.
Because of coronavirus restrictions, the Mass of ordination at St. Patrick’s is not open to the general public.
Mass of Thanksgiving:
Sunday, June 28, 2020, 3:00 PM
Church of the Immaculate Heart of Mary
Mass Invitations will be sent out separately.

Thank you to the families of Immaculate Heart of Mary School that contributed to the food drive for the food pantry in our parish! 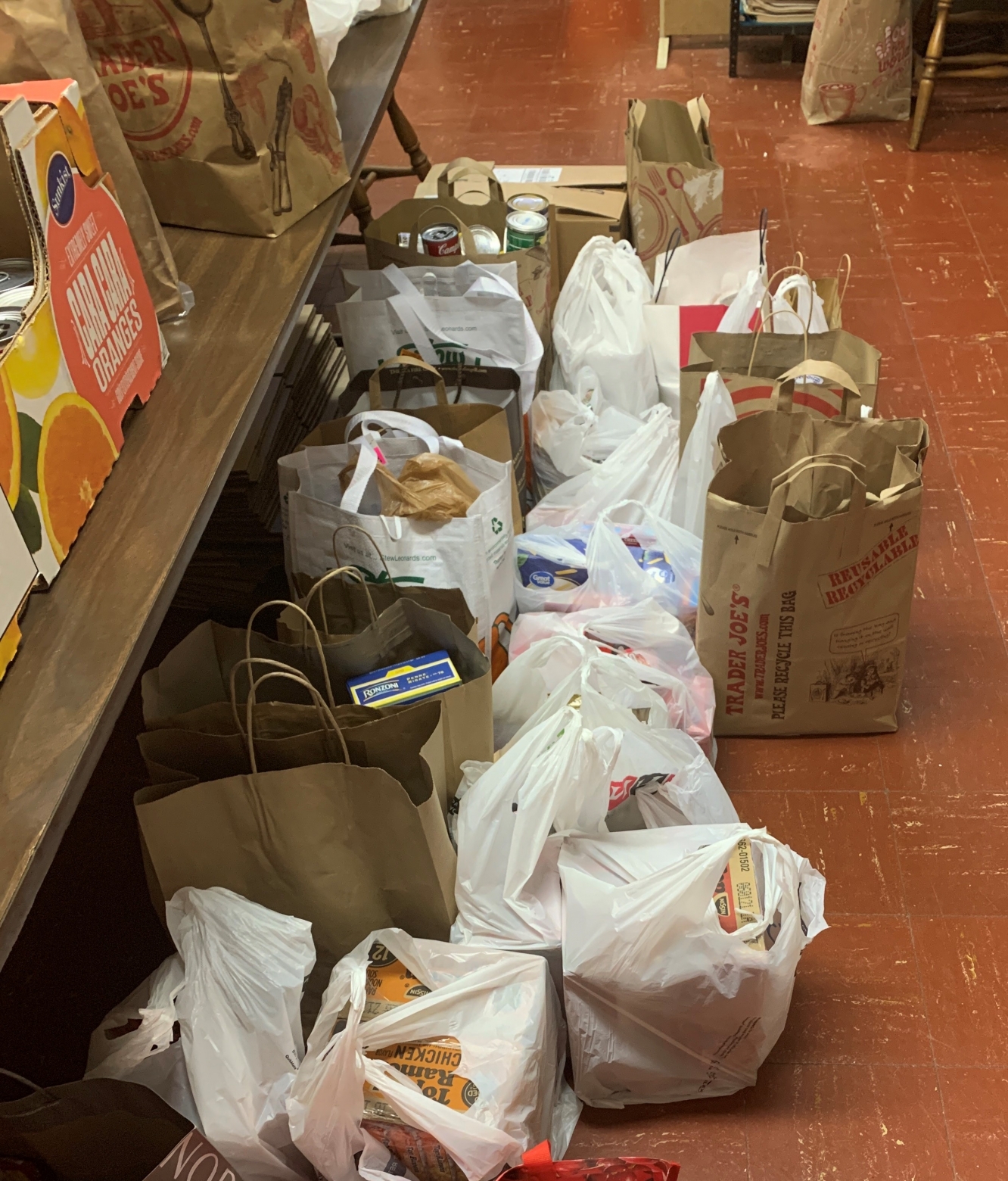 IT'S NOT TOO LATE!

Join us for the Third Annual Candlelight Vigil on Thursday, June 25 at 7:30pm. It will take place at the Gazebo at Eastchester Town Hall. It will be a Night of remembrance and Hope for Those Affected by Substance Use – with a Special Tribute to Town Councilman Glenn Bellitto. Watch the vigil LIVE on Instagram @carecoalition. Learn more at lovenevergivesup.com

The printing of our Church Bulletin is sponsored by the advertisers on the back pages. Until public masses resume, we ask that  you click the link below to view these pages. Download the attached PDF to access this week's "Kids Korner" 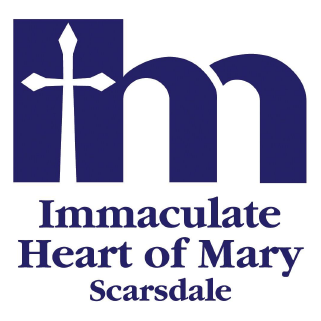